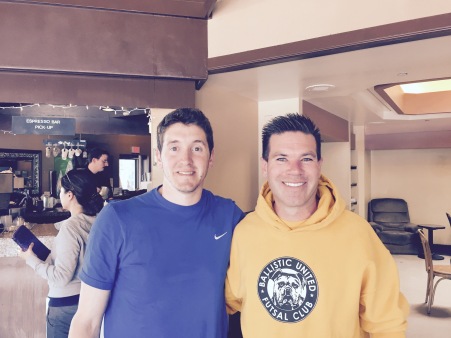 Rob, thanks for taking the time to sit down with Bulldogs Futsal here on our virtual couch. Along with MNT coach, Keith Tozer, you are regarded as one of the more influential Americans leading the charge to make futsal more prominent here in the U.S. In a short period of time USA Futsal has made quite a splash including hosting the annual Boys & Girls World Futsal Championships out of Disney World and the Intercontinental Cup in 2013. So here we go… a few questions to shine a light on our American Futsal scene.

Futsal is widely regarded as the incubator for Brazilian and Spanish soccer glory, so why haven’t U.S. Academies embraced futsal more vigorously?

It is not so much their fault as it is ours, in this case. Brazil and Spain have long struggled from a facilities standpoint. In place of soccer fields, all schools and public parks have futsal courts. Only the clubs are able to afford a nice green grass field. The fact that players all begin in futsal has big advantages in developing the top level soccer players; but many people don’t know that Kobe Bryant grew up playing futsal (Calcetto) in Italy as a child. The quick decision-making, development of technical proficiency and cognitive/spatial awareness required to excel at futsal has been proven to lead to success in other sports; it is now our job to offer more opportunities for kids to get started in futsal so that the Academies are able to incorporate them organically and receive the endless benefits that come with a player who was brought up in futsal. It is also pivotal that we create avenues where players who are excelling at futsal and don’t want to leave for other sports don’t have to.

In the US where do you see futsal in 10 years? What role do you envision USA Futsal playing?

I see every YMCA, Boys and Girls Club, soccer club and city park offering futsal facilities in addition to their current offerings. I see USA Futsal leading the charge through our “Roots Project” Initiative.

Will 10-year-old futsalers today be the reason the USMNT hoists the World Cup trophy in 2034?

An infinite amount of variables go into winning a World Cup, like any tournament. If the US Men’s National Team is able to hoist the trophy, there will be many factors involved. Futsal will absolutely be one of those factors. But even if they don’t win, it is my goal that by 20 years from now futsal’s place in the sports landscape will be solidified; leading to intrinsic benefits for players leaving us to join every other major sport in the country while building a pathway for those who want to remain in futsal and have the opportunity to do so at a professional level.

Rob, continued success with USA Futsal. We look forward to seeing futsal’s expanding footprint walk its way into the fabric of American culture and sporting life in the years to come.