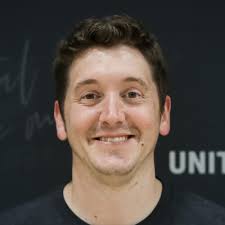 It’s a real pleasure to have Rob Andrews, founder and president of United Futsal with us. Rob has overseen UF’s meteoric rise this past decade and continues to be the sport’s most influential figure stateside.

Rob, United Futsal recently launched the Champions Cup Series. Can you talk a bit about how it’s structured and what you hope this series of tournaments will provide?

The Champions Cup Series is a response to the feedback we’ve received over nine years of working the industry for how futsal should grow in the US. We found out in building it that people were looking for a pathway. A player that wants to enter knows that it’s easier through soccer, but what is the pathway for me as a futsal player? The first step to that is creating a consistent, high level national calendar for futsal every year that is in collaboration and not in conflict with the soccer clubs. And the second thing is to provide opportunities for the players that they can experience top level coaching from people all around the world, from the biggest and most experienced clubs. I’ve been amazed at the feedback from those people that are willing and wanting to help us. They’re ready to impart their knowledge on these players, these coaches, these referees, and clubs. They want to teach them how to build futsal. There’s so much interest in helping to grow the game globally. All we were missing was a pathway. And the Champions Cup Series will create that pathway.

In recent years the number of new futsal clubs across the US has increased dramatically. Some are more successful than others. What do these clubs have in common? What are they doing right? What can new clubs learn from them?

We have seen throughout the US and abroad in the international partnerships that we have there are three real ingredients that make the perfect recipe for a development first futsal club in the US. And first is the player pool. Having access to a talented player pool that’s interested in what’s going on and is ready to commit themselves to training. You can’t train players if you don’t have players. The second is a facility. Having a consistent and dedicated place. It doesn’t have to be the perfect size, it doesn’t have to be in the perfect condition, it doesn’t need to be a crystal palace type of Taj Mahal, but it does need to have consistent hours and goals. So when you get there training is on and kids can count on it. The consistency of training is crucial and the facility is vital to that. The third component that is a constant evolution is the coach, basically the know how. The coach or director above them has got to be relentless in pursuing education, pursuing knowledge. They have to be not prideful. They need to be humble with their knowledge. You’ll be amazed how many people around the world are willing and desire to help those people to build their clubs. It’s very different than a business in other industries where people are guarding their secrets and proprietary information. The futsal community is very open, and so long as the directors and coaches are interested and eager in learning, there’s ample information out there that United Futsal will be helping to provide to our Champions Cup Series clubs to help to grow the sport. So to wrap it up: a player pool, a consistent training environment and facility to go along with that, and a willingness and eagerness to learn is all you need. That is what makes a club successful versus one that is not.

That’s probably the toughest question because we probably don’t pick our head up very often and look around at what we’ve accomplished and where we’ve gotten to because there’s still so much work to be done. I think what makes me most proud is when I think back on the almost ten years that we’ve been around, are the relationships that we’ve made through the process and seeing the growth and success of people that we have helped along the way and have collaborated with. I think futsal is too big for one person, for one group to be able to form or create, or develop and grow. So it’s going to take everybody working together. The modification of the name to United Futsal really fits with our character, trying to unite not only the US, but also the world. And I think working with the same groups over the last five, six, seven years, allows us to see their growth and the opportunities they’re fighting for. Seeing the development of the players from the US at the World Futsal Cup, at the World Futsal Championship where we’re seeing American teams win, beating Brazilian teams. And we’re seeing the level of Brazil still growing. Those are the type of things that really I would say make me proud as a person who got into this industry, but it also fits within our character. This motivates us to keep our head down and make the next ten years even better.